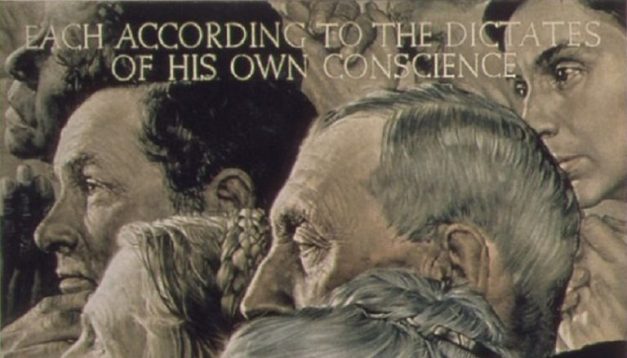 The First Amendment guarantee of religious liberty includes the freedom to believe or not to believe, and to observe one’s faith openly without government interference. The U.S. Department of Education has traditionally provided statements on the role of religion in the public schools.  This has included guidance on school prayer, religious holidays, religious songs and religion in the curriculum.

The relationship between religion and government in the United States is governed by the First Amendment to the Constitution, which both prevents the government from establishing religion and protects privately initiated religious expression and activities from government interference and discrimination.

The guidance in 2002, clarifies the rights of students to pray in public schools. As stated in the guidance, “…the First Amendment forbids religious activity that is sponsored by the government but protects religious activity that is initiated by private individuals” such as students. Therefore, “[a]mong other things, students may read their Bibles or other scriptures, say grace before meals, and pray or study religious materials with fellow students during recess, the lunch hour, or other noninstructional time to the same extent that they may engage in nonreligious activities.” Public schools should not be hostile to the religious rights of their students and their families.

At the same time, school officials may not “compel students to participate in prayer or other religious activities.” Nor may teachers, school administrators and other school employees, when acting in their official capacities as representatives of the state, encourage or discourage prayer, or participate in such activities with students.

Former Secretary of Education Richard Riley wrote: “Students may express their beliefs about religion in the form of homework, art-work, and other written and oral assignments free of discrimination based on the religious content of their submissions.  Such home and classroom work should be judged by ordinary academic standards of substance and relevance, and against other legitimate pedagogical concerns identified by the school.”

Educators are also free much like all other citizens to practice their faith. Public school teachers and administrators should be neutral concerning religion while carrying out their official duties. School officials who wish to pray or engage in other religious activities should do so without students present.  For example, if teachers want to meet for prayer or scriptural study in the faculty lounge during free time in the school day or before or after school, they should do it when they have no official duty and without students present.

Under a 1993 Supreme Court ruling, Lamb’s Chapel v. Center Moriches School District, public schools that permit their facilities to be used by community groups are not permitted to discriminate against religious groups. This ruling was reaffirmed in Good News Club v. Milford Central School (2001), in which the context of a religiously-affiliated after-school program that sought to use public school facilities was upheld.

In the age we live in, it is critical to recognize the freedoms we have. Public schools should not be hostile to the religious rights of their students and their families. Policymakers should make certain that school board policy protects privately initiated religious expression and activities from government interference and discrimination.

Surely, it is not hard to fathom the necessity of building a common understanding in regards to the meaning of the First Amendment in the public school setting. Schools should develop their own district-wide policy regarding religious expression and to engage parents, teachers, various faith communities and the broader community.  You have the freedom to believe or not to believe, and to observe your faith openly without government interference.

JC Bowman is the Executive Director of Professional Educators of Tennessee, a non-partisan teacher association headquartered in Nashville, Tennessee. Permission to reprint in whole or in part is hereby granted, provided that the author and the association are properly cited. Follow him on social media via Twitter at @jcbowman.